This morning we got a tour of the banana plantation and their factory. I couldn’t believe how big the plantation was-600 hectares! It felt really good to see something I eat almost every day at its beginning natural state.david descrivbed it as such a complex process, even though they were close to organic. The trees needed to be free of viruses, tied up, protected, bagged up, an so much more just to reach market standards. 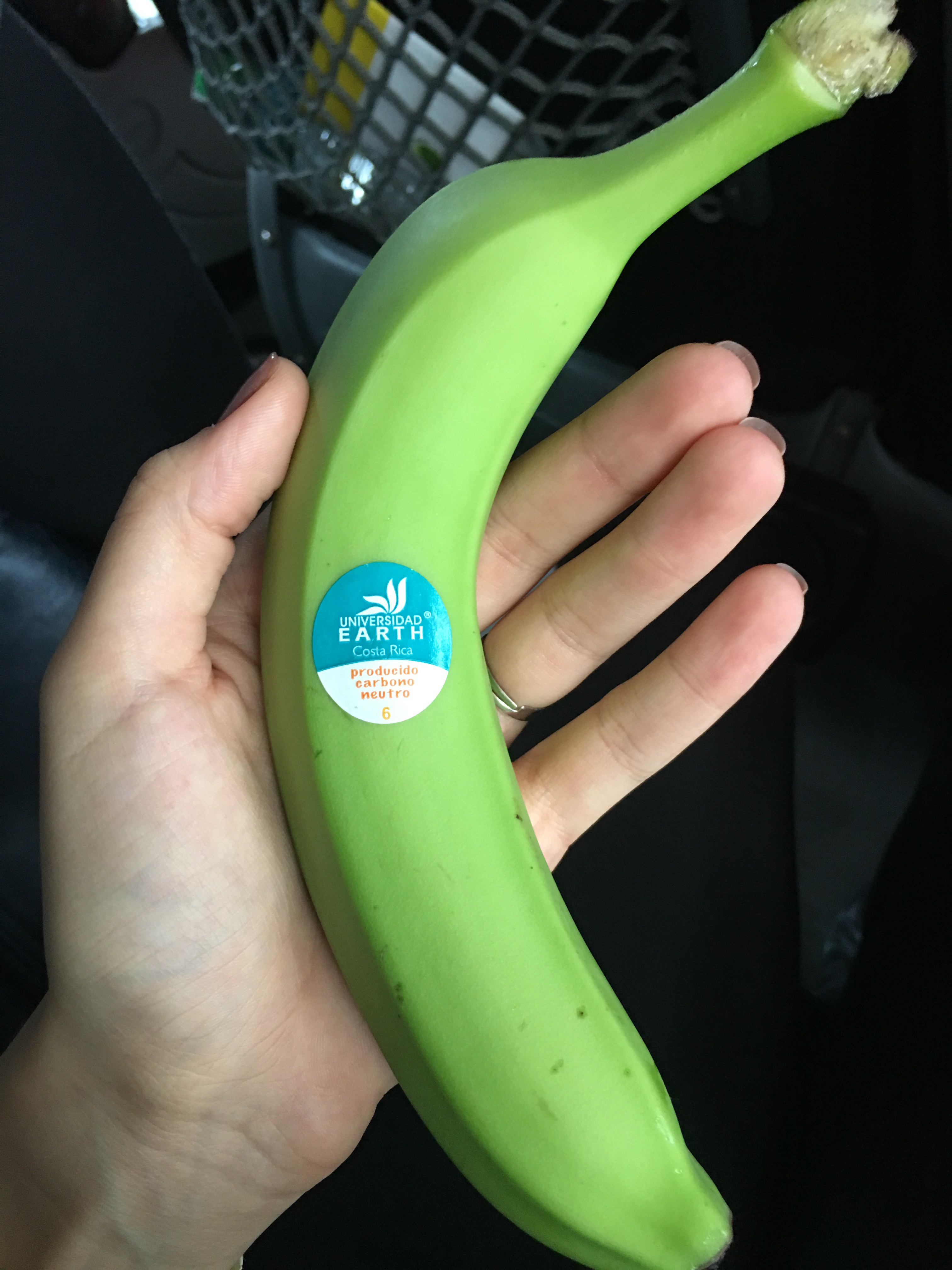 The factory was super interesting as well & getting to watch the entire process made me feel even more connected with my food. I could only imagine how intense US banana factories are. It made me glad that no bananas were wasted. Workers were able to take the defected ones home, while immature bananas were used for compost or animal feed.

Next, we had a presentation with one of the English teachers-Elizabeth León-who talked about the education values at Earth. It was incredible to hear how intense their courses were. Students who didn’t know English had to learn it in 3 months, while students who didn’t know Spanish nor English had to learn both at the same time. I have so much respect for the students and professors at Earth because they all must have such great determination, persistence, and patience.

We then hit the road to our next hotel – which took 3 hours up a scary mountain trail! We were able to stop at the star of Costa Rica – “The Reventazon” which is a hydroelectric power plant finished in 2016. It was incredibly huge and took 1.4 billion dollars and 6 years to construct the plant. It produces electricity for 40% of the population and they are thinking about selling the extra power to other countries as well.

Our next destination was “The Guayabo Lodge” at the volcano “Turrialba” ? The road up had me scared for my life… we were in a huge bus, going up a little one way bumpy road, on the edge of a cliff, while it was raining. Yeah it was scary. I had to shut my eyes half the time because I kept imagining we were gonna roll off the mountain. But finally we made it to the lodge. It is absolutely beautiful up here. It’s misty, green, and cold.