This morning we traveled to the Tirimbina Rainforest Reserve where we took a tour of the reserve and saw a few different animals! Our guide taught us about the different plants and trees and how they grow. It was all so interesting! He explained that bullet ants can turn “zombie” by eating a fungi and the zombie ants now are being controlled by the fungi. They are forced to bite the root of their home tree thus infecting it with the fungi and the tree will rot. But these bullet ants can sense when another ant is acting as a “zombie” and the normal ants will push them out of the colony. We also saw a very rare animal and a rare bird while on the tour.

Later we drove to the Arenal Volcano! ? We weren’t able to see the volcano because of the clouds but the view was still incredible. We took a small hike up the terrain and the view was worth every second. That was one of the moments when everything was worth it, the long drives, the tiring walks, the hunger after a long day. It was breathtaking. We also got there at just the right time because the sun was about to set. 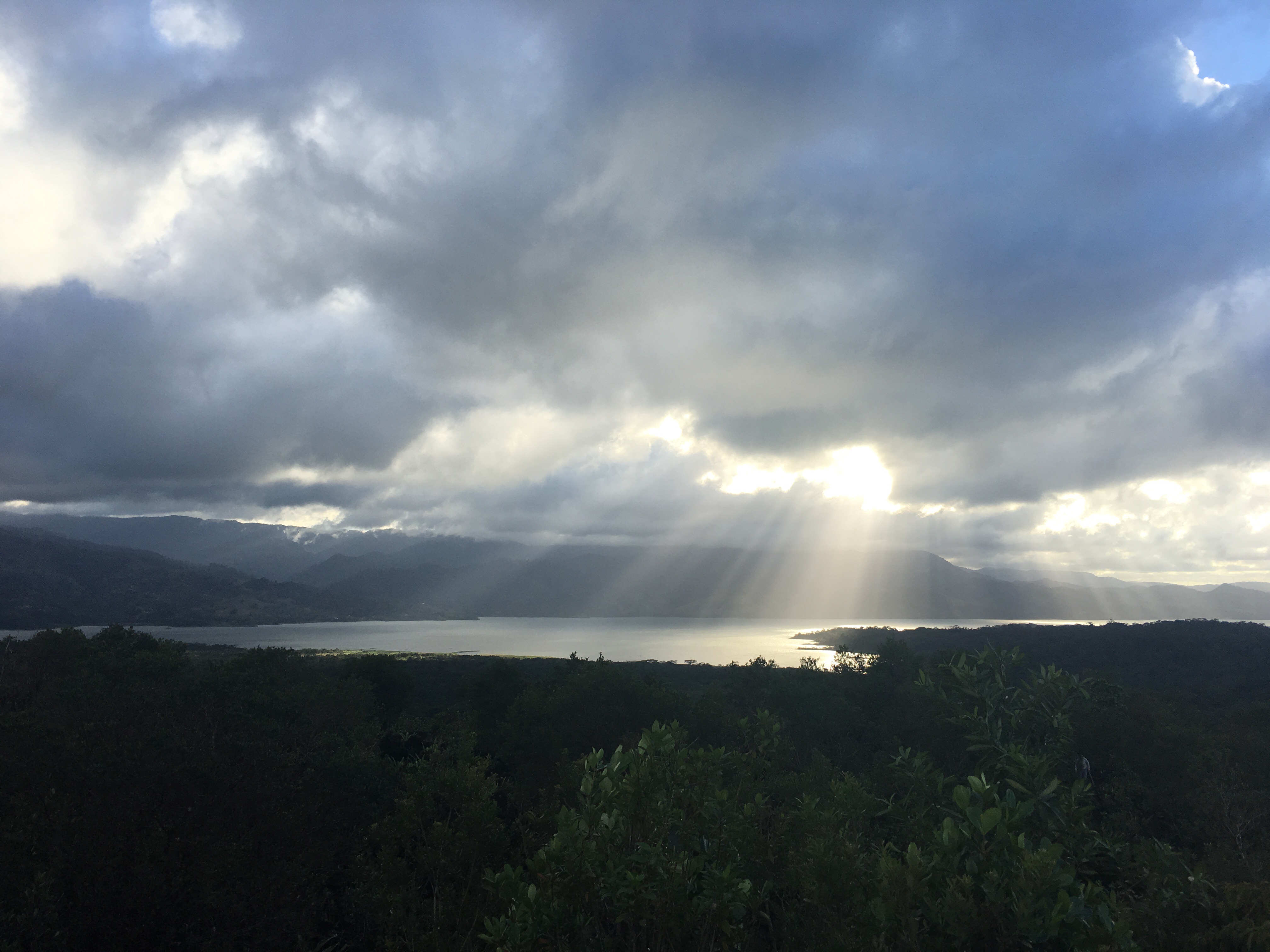 Driving to the next lodge our driver had to squeeze by two cars down a one way trail ? & he did it with no problem #beto

We drove to the next lodge and got closet sized rooms… no joke, one bunk bed and maybe 1.5×6 feet of room… people were not happy, neither was our guide. We were able to pay for an upgrade and get an actual room with three beds. That night after dinner everyone started playing Cards against humanity! I jumped in and everyone ended up hanging so much fun.

Remember to be grateful for what you have because someone out there wishes they had what you don’t want.