While arriving to Rancho Margot after a long day, my expectations along with other students was to be welcomed with rooms such as the ones we have been previously stayed in while on this trip. However, that reality was abruptly flipped upside down. The rooms were smal rooms which included two beds stacked ontop of one another with minimal space to even place luggage. Once seeing the rooms the reactions of everyone were simotaneous and chaotic. Following the series of emotions and then reflecting I for one admit to overreacting. Even with collaboration for different arrangements in the end I stayed in the bunkhouse. With this I am somewhat glad I did due to the fat that for one I would only be sleeping and showering and second after seeing how important and the reason behind the bunks were to the owner.

Aside from whatever issues that occurred last night, the tour of the farm was very interesting and the land itself was beautiful. We had the opportunity to learn about the cows, pigs, chickens and the way in which they compost and process the waste on site. While learning about the conditions of the female pigs who are pregnant or have given birth seems to be not the best method however when compared to methods back home they can not compared. The mothers are kept in a small enclosed area for 2 months without exercise or freedom. Even with these not so ideal conditions the way pigs are farmed an bred at home should be considered illegal since it is so cruel. In the end no matter where in the world you are you have to do what you have to even if it is not ethically correct or judged. 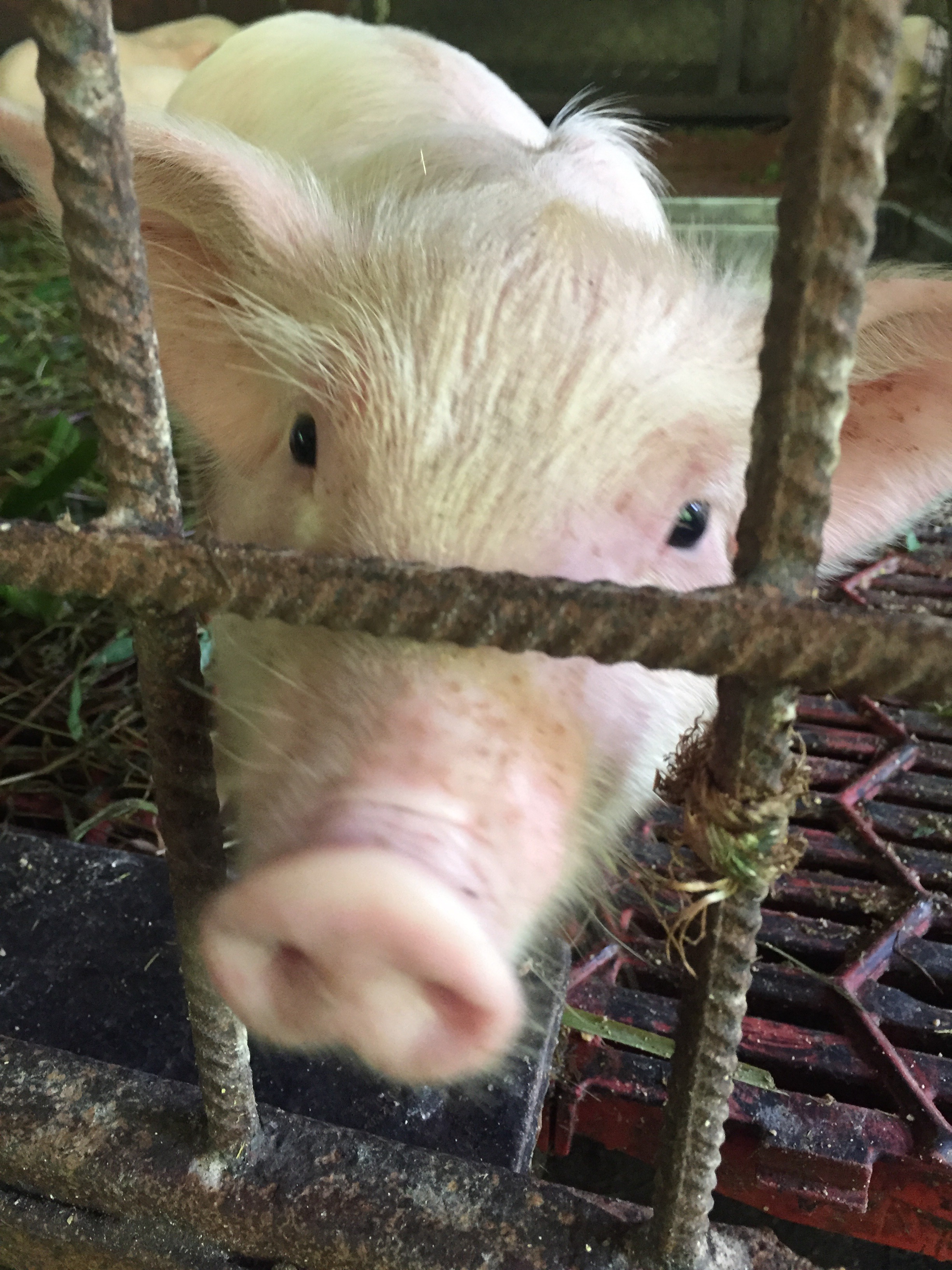