While visiting and learning in detail about the the agricultural and ecological farm in Finca Monte Claro, the growing and harvesting process can be explained in three steps. The first being the cloning process due to the unused method of fertilization of the banana plant. With all plants the plant must be fertilized for example to transfer of pollen. The leaves of the banana plant appear to grow on top of one another but rather they are growing under one another. Within the center of the banana plant there is a thicker sprout which can be followed down to the stem of the plant. The stem includes a dome like structure reffered to as the core. The core includes all the necessary DNA for the banana plant to be cloned in the lab. Before the core would be separated into four sections and planted creating only four trees but with today’s technology only one small sliver of the core is needed to duplicate hundreds even millions of banana plants to be produced. Once the plant has been closed and planted just like any other crop the growing process can now begin. This will lead us to step two which is the growing of the bananas. Similar to us there are male and female however the males are not used other than for reproduction. Once the leaves and plant is grown it will produce a bud which is somewhat large with a red color. The bud sprouts from the core of the plant and hangs downward or upsidown due to the weight of the bud. Under each petal of the bud there is a set of “seeds”. On the tip of the bud they are female and on the bottom they are male. The females will become what we know as bananas. The third process being the steps which were used during the growth of the banana plant to prepare for the market. There are three necessary visits to the bananas. During the first visit, blue plastic bags are used to cover the entire cluster of bananas and tied off at the top. The second visit, the bananas must have baffling inverted to prevent bruising. The buds on the outer facing end of the bananas must be removed to prevent insects, continuous growth of he bananas and decrease nutrient loss. The buds are all removed by hand each and every bunch within each cluster on every plant. The third visit being to cut the last three rows of the bananas so the ones on the top can contain the most nutrients. The bud at the end of the banana clusters is removed due to the same reasons as the bottle three rows of bananas removed. With these three visits within these three steps the growing and harvesting process can be better understood. And of course followed up with a warming shot of banana liqueur! 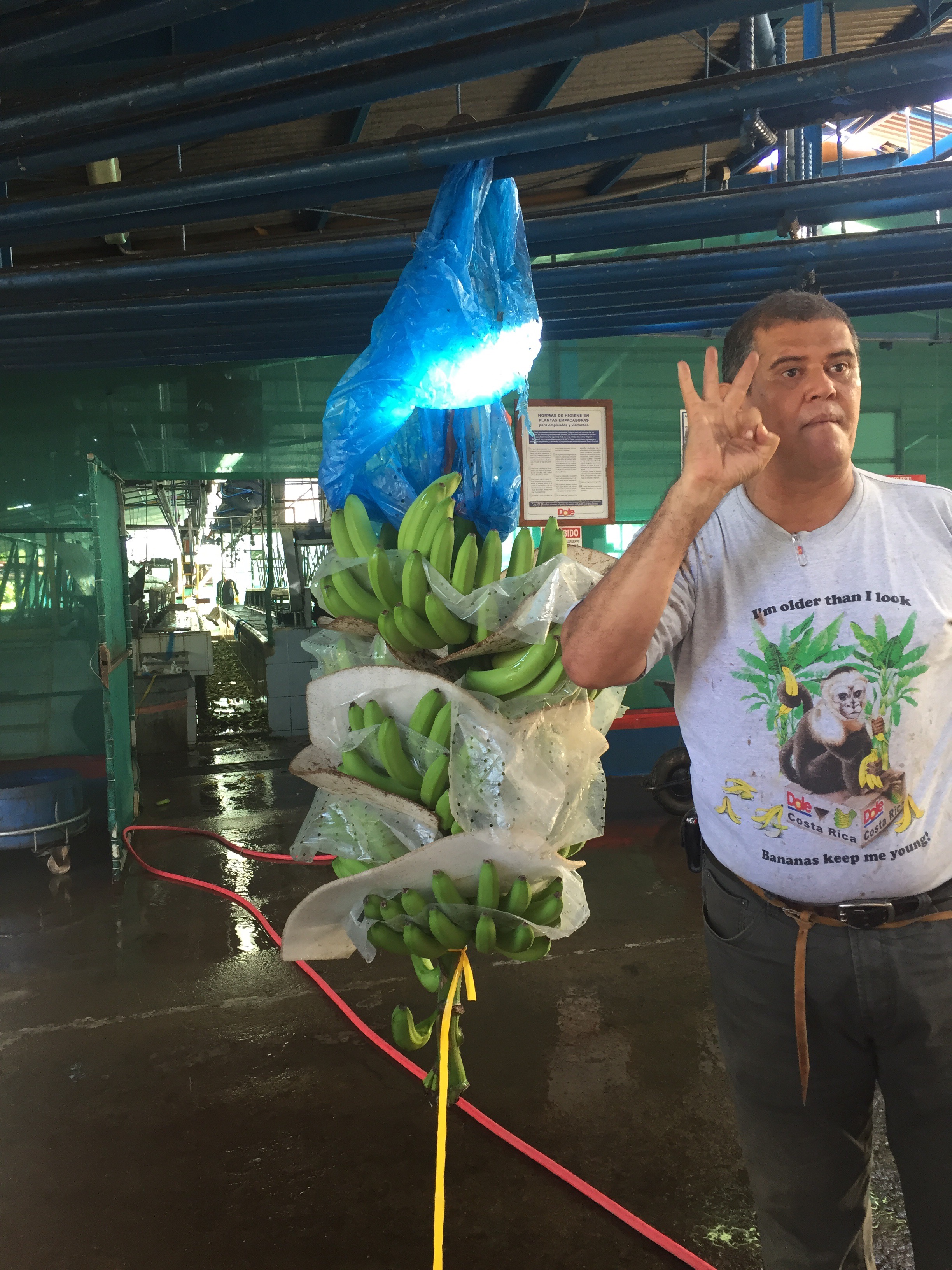